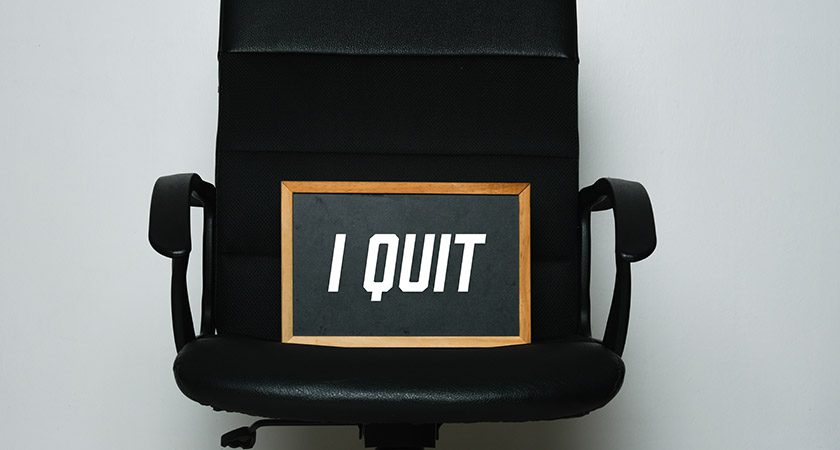 J: Welcome to Slingshot25’s Shotcast, a series of bite-sized podcasts that will feel like an espresso shot to your brain. I’m Jackie

J: Something we were thinking about today is this phenomenon of “quiet quitting” that we’ve been reading about out there on the internet.

C: It feels like a brush fire, like all of a sudden it was on the scene and everywhere you look people are talking about it.

J: Yes, the first thing we’ve been thinking about with this is that it’s not new. It’s not really a new phenomenon in our opinion, it just goes by different names. And some of the names we were thinking about that we’ve heard before that are similar to this phenomenon are this idea of “retiring in place” or “not my problem.”

C: Just kind of “working just below the radar” – doing enough to get by. That was my first reaction. I’m a low context person so the first articles I saw, I just skimmed and like why was this being treated like something new? It feels like we’ve been dealing with some level of this all the time.

J: I think we’ve been dealing with some level of this. What is new though is the scale of it. You were right about the start of this brush fire – like all of a sudden not only is everyone talking about it. It’s actually resonating with people and a lot of people are recognizing that. They are in this headspace. They are in this space of this “quiet quitting,” which is we should probably talk about what that even really is.

C: What the articles were talking about is the idea where people are looking at their jobs very differently. I’m going to do my job, I’m going to do my job well. Right already committed to it I want to work hard but then that’s it like I’m not going to do more. I’m not that interested in climbing a ladder. I think people are saying, my job is just that, and I have boundaries and I’m not willing to go above and beyond, give tons of discretionary effort. I’m just going to give up that part. If you want it, you want to go chase that go ahead, but it’s not for me. I think it is hitting a nerve – it’s resonating. Because like… I work, pay my bills and then balance my life, that’s what I want.

J: Yeah, the thing that I see that is different than those other phenomena that we talked about like retiring in place and not my problem, is that people are really owning this. They’re not trying to fake it, and they’re owning it, they’re really calling it their status. They’re saying I want people to know that this is what we’re thinking about and this is how I’m going to show up at work, because we’re trying to bring some attention to it.

C: I think that’s very different from “My Generation.” I think people who were retired on the job actively. You still want to give up the impression that you’re working really hard. Make sure you get there 10 minutes before everyone else and maybe you didn’t put in as much, but you certainly kept up appearances. Now, there is no need to keep or desire to put up any appearances – this is who I am, this is what I do, this is what I put in, this is what I’m getting out and I’m good with that.

J: We talked a little bit about, so where does it come from, why now? It’s pretty clear and I don’t think this comes as a surprise to anyone that this is coming on the heels of the great resignation, the pandemic and the big “rethink” about our lives.

C: For sure. My daughter is a sociology major – sociologists will study this for years and we’ll get words and labels and things like that for what’s going on. There’s no doubt that the pause that we got when people set back spent two years not having the ability to chase careers, not having to do that – even the travel requirements of your job. When I was thinking, I told myself I’ve always been that person, I’ve always been not below the radar, but I never felt myself a climber – but maybe the fulcrum shifted. I did travel when my kids were little. If I were twenty years younger, would I do that? Or would I be having a different conversation with myself about what’s giving too much, what does it cost? And am I okay with those costs?

J: And it sounds like a lot of people are doing exactly that right now. So, the next question of course that should be on all of our minds is, what do we do about it. And unfortunately, we don’t have time to talk about that on this episode, but we will get into that in the next episode and we’re going to talk about the concepts of Equity Theory and engagement. So, in the meantime, if you want more feel free to drop us a line at slingshot25.com.