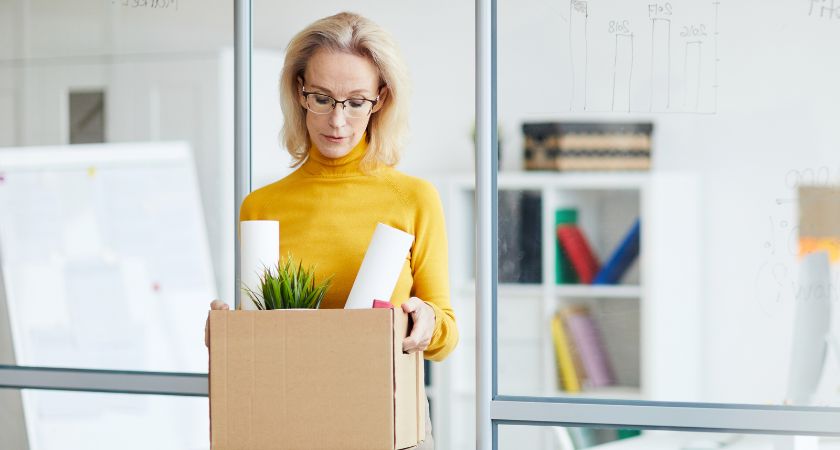 J: Welcome to Slingshot25’s Shotcast a series of bite-sized podcast that will feel like an espresso shot to your brain. I’m Jackie.

J: Something we’ve been thinking about is well, something kind of unusual actually. We haven’t done this before we’re going to give it a try. We recently read the women in the workplace report that was published by McKinsey just a couple of weeks ago in October of 2022 depending on when you’re listening to this maybe that was years ago. But this report is essentially the largest study of women in Corporate America and McKinsey puts it out I think it’s every year. I looked at it a couple of weeks ago and I thought it would be interesting to maybe touch on some of the big headlines from that report and and talk about some of the things that we see and some of our comments about what organizations can do based on some of the I guess some of the concerns some of the challenges are coming out of this report or being reported in this in this piece of work. So the big headlines of the report are that women leaders are leaving their companies at the highest rates that has ever been seen in terms of his study. And they’re leaving at a much higher rate than men leaders. There’s three primary factors that get cited for this in the report in the first is that women face stronger headwinds to advancement than men that’s one. They’re seeking a different culture specifically they want more flexibility and more commitment by their employer to equity. And they’re also doing more of the last rewarded work than men are – and it’s really that that third one I don’t know Courtney if there’s anything you want to say about any of those factors before we dive into the third one.

C: When you look at all the articles and there’s tons of stuff on LinkedIn right now there’s a lot of different articles responses to this. I think the big things are 1. women don’t want to return to normal. And the other thing is they don’t want to not work. They’re leaving but it’s not because they don’t want to work.

J: And it makes me think about you know how much the findings of this report are tied to so many different things – so we encourage people to take a look at this report and read more of the things that are underneath this. But for today’s episode we really wanted to dive into that last one because we found it intriguing for a few reasons and that last one being women are doing more of the less rewarded work than men are. And just to give a little bit more color around that compared with men at their level of leadership so they’re comparing you do apples to apples here women leaders do more to support employee well-being to all of the factors that go into supporting well-being including things like inclusion and Equity all of that kind of work it’s not formally rewarded in most companies. Doesn’t mean all companies. But in most companies that kind of work doesn’t it formally rewarded. There was a little fact shared in the report that 40% of women leaders say that this type of work isn’t even acknowledged at all in any kind of performance review our talent review of their work.

C: My first reaction be honest it took someone to research and report this this is sort of the bane of the existence of women. We have a lot of work both in our corporate lives I’m glad there’s a report that has the data for it. But also at home, women carry a lot of the emotional labor when help mental gymnastics all the invisible work of sorting out schedules and being the one to listen to the kids when their feelings are hurt or they’re being bullied. All of that unrecognized, unvalued unseen things is kind of by definition what we spend a lot of time doing.

J: That’s right -as we thought about this unrewarded work there’s a couple of angles that we want to take care of a couple that came to mind for me and we’ll see as well. I think is well the first is just exactly what you’re talking about Courtney which is just the direct impact on women leaders in the workplace. They are spending time and energy on work that isn’t recognized and that makes it harder for them to advance in the workplace. I mean he’s going to pick you know who’s going to pick someone to lead the organization that isn’t adding much value to the organization so there if they’re doing work that an organization deems as less valuable. It’s hard to take some out of the running so that’s it that’s a piece of it. It also means that women leaders again kind of see your point about what happens at home is they are stretching thinner and thinner. The report does show that women leaders are stretched thinner than men in leadership. The numbers they reported – 43% of women leaders are burned out – that’s a high number. Compared to 31% of men who are burned out. That’s also a high number. No disservice to burnout for men can be just as real for men as it is for women.

I’ve just what it’s like for women in the workplace and company’s really need to pay attention to that and and put some put some resolve behind that. So there was another thought though they came to mine for me Courtney and I’ll love your thoughts on this, too. That was my sort of what the fluff response to this. And what I mean by that is you guys we think about women leaders doing more of that kind of work that is getting less rewards that work by the way I mean that work let’s talk about what that work is a little deeper on that and I think our listeners are going to relay very quickly to the kinds of words that we typically use to describe this work anyone ever hear of the touchy-feely skills?  or the fluffy stuff? or probably the the more ubiquitous soft skills. And when we use that term saw skills of course we immediately define those skills as being the opposite of hard skill. Which, of course, no wonder no wonder they aren’t valued. We hear these words all the time all the time in our line of work. And the interesting thing is I don’t know what you heard me but I’m not actually angry about that, I’m more exhausted like are we still are we still here? But I also know that people use those terms because they don’t have better ones. We don’t spend enough time calling these skills out and giving them name and and articulating the value that they have to our organization. So what I’m thinking we should call them or the skills that dramatically improve employee retention, satisfaction, productivity and innovation because that’s exactly what they do. A more simplified term if that one is a little too long for you is let’s just call them human skills organization.

C: I think each one of us to on the team is making people feel valued. About they can see their own progress which is the definition of what it takes to maintain engagement for employees. Just ask yourself…how often is that a female? Yeah that’s right might create some insights.

J: Right, yeah absolutely so I think I guess the moral of our story here and try to find things that are meaningful and value to our listeners is those human skills are absolutely essential. And by the way human skills we say they were tossing it around like everyone knows I think you do know but let’s just call him out here these are skills like humility, curiosity, empathy and belief in others. Interpersonal human skills again the stuff that dramatically improves employee retention satisfaction productivity and Innovation that were talking about. And I think the bottom line for us is that it’s important and it’s in end now is the time these skills matter and we need you to upskill all your leaders not just your female leaders (the ones that are fleeing out of your organization) but we need you to up skill all your leaders now.

I think that’s all we have for this episode of our Shotcast but we always have much more to say particularly on some of these topics if you want more the line at Slingshot25.com.